The Canadian Association of Provincial Court Judges (CAPCJ) is a federation of provincial and territorial judges’ associations.

CAPCJ is a sophisticated organization dedicated to the welfare of its membership and the soundness of the provincial and territorial courts of Canada. The Association has developed a strong national profile, particularly through the efforts of its various operating committees.

It continues to earn the respect of both federal and provincial governments by actively participating in law reform, issues regarding judicial independence of the courts, and through timely and relevant education initiatives. 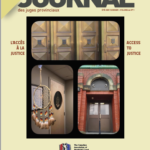 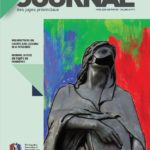 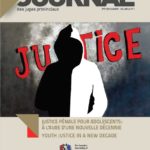 The aims and purposes of CAPCJ set out in its constitution are:

One of CAPCJ’s most important goals is to promote and defend the principle of judicial independence.

The Canadian system of government has three branches: judicial, executive, and legislative. The function of the judicial branch is to interpret the law, resolve disputes, and defend the Constitution including the Canadian Charter of Rights and Freedoms. This role requires that the judiciary be distinct from, and operate independently of, all other justice system participants, including the other two branches of government.

Every Canadian has the constitutional right to have his or her legal issues decided by fair and impartial judges. In Canada our courts enjoy a high level of public confidence because an independent judiciary has been firmly established.

Judicial independence has many definitions, but ultimately it means that judicial officers of the Court have the freedom to decide each case on its own merits, without interference or influence of any kind from any source, including another branch of government. While judicial decisions rarely result in everyone being happy, our justice system is founded on a public confidence that decisions, whether popular or not, are fully heard and fairly made. It is crucial that the judiciary both be independent and appear to be independent so that there is public confidence that judicial decisions are made without bias.

To guarantee the right to an independent and impartial judiciary, the law in Canada has constitutional protections or “essential conditions” that ensure judicial independence. These are security of tenure, financial security, and administrative independence.

Security of tenure prevents the arbitrary removal of judges. Financial security provides an arm’s length mechanism, through a special remuneration commission, for determining the salaries and benefits of judges. Administrative independence enables the Court to manage itself, rather than be managed by others. While these protections pertain to judges, they are for the benefit of the public. They allow courts to apply the rule of law that Canadians, through the electoral and legislative processes, have decided should govern them.

CAPCJ holds an annual conference in each of the provinces and territories on an alternating basis.  During the conferences educational programs are presented for a period of two days.

In addition, CAPCJ, with the assistance of the Court of Quebec and the Ontario Court of Justice, provides an intensive educational program on substantive and procedural law that is available to all recently appointed provincial and territorial court judges.

As well, CAPCJ contributes to a skills based program, which is provided by the National Judicial Institute and the Ontario Court of Justice.  The program focuses on presentation, comportment and interactions with counsel, litigants, witnesses and the public.

Both programs are highly intensive with the participants staying on site for a period of several days.

CAPCJ also has a representative on the Board of Governors of the National Judicial Institute.

CAPCJ is ultimately governed by its Directors. The Directors are judges who represent their respective provincial and territorial judges associations. Each Director is selected by the membership of their association.

CAPCJ has a number of committees whose objects are to improve the administration of justice and assist its membership. Those committees are:

CAPCJ also has a representative on the national Judicial Counseling program, which is available to all judges and their family members.

CAPCJ puts out the following publications:

The CAPCJ Journal is published twice a year and is available to the general public.  It focuses on diverse topics of a public nature and provides information about our courts, judges and CAPCJ’s various programs and initiatives.

The CAPCJ Newsletter is published two or three times a year.  It is available to Provincial/Territorial Court Judges and focuses on disseminating important information to its membership. It provides a forum for CAPCJ members to share ideas, experiences and knowledge.

The CAPCJ Website is intended to provide information to the general public concerning CAPCJ and the work of Provincial/Territorial Court Judges generally.  The members’ portion of the Website exists to allow judges who are members of CAPCJ to access all publications, provincial directors’ reports, committee reports, upcoming agendas, minutes, blogs, etc. that pertain to CAPCJ.